Cowan studied sculpture techniques – metal welding and bronze casting under Wyndham Lawrence.  She also studied drawing and painting at the Ontario College of Art in Toronto. As an art specialist, she taught at both secondary and university levels.

Cowan was elected into the SSC in 1970 and served as president from 1983 – 1985. She co-founded and curated the Permanent Collection of Sculptors Society of Canada, but it had discontinued due to funding restraints.

I believe the role of the artist should be to interpret life in every medium accessible and available to people.  Using the lost wax technique, I appreciated the timelessness of bronze and because it gave a sense of permanence in a changing world. 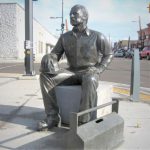 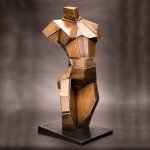