Porretta, a sculpting instructor at the Georgian College School of Design and Visual Arts, had his latest winning commission installed outside the Richmond Hill Centre for the Performing Arts, celebrating the 140th anniversary of the incorporation of Richmond Hill.

He graduated with a BFA from University of Guelph, ON. His work has been shown in numerous solo exhibitions in Toronto, Montreal, Guelph, New York and Italy. He honed his sculpture production skills as an apprentice at Cavalier Renaissance Foundry in Bridgeport, New York. Applying his skills to assist other artists, he also works as a master mould maker and as a sculptor for commercial and industrial projects. He has completed corporate commissions for organizations and businesses such as Cryosan Ltd., Montreal; Novak Observatory, Florida, USA; Exco Engineering, Markham ON; Chrysler Corp., Kingston ON; McGill University, Montreal; and Assione Corporation in Rome, Italy. Before teaching at Georgian College, Porretta taught as an art therapist for Lakeshore Psychiatric Hospital and as a medical illustrator for Toronto Western Hospital.

Porretta was elected into the Sculptors Society of Canada in 2012.

My life has been meant to serve one purpose, that being to create sculpture, and by so doing, hopefully  communicate to others what I see, feel and strive to achieve. Sculpture to me is an infinite circle, which in itself is redundant, yet I choose to follow the path. 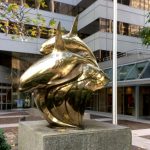 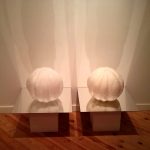